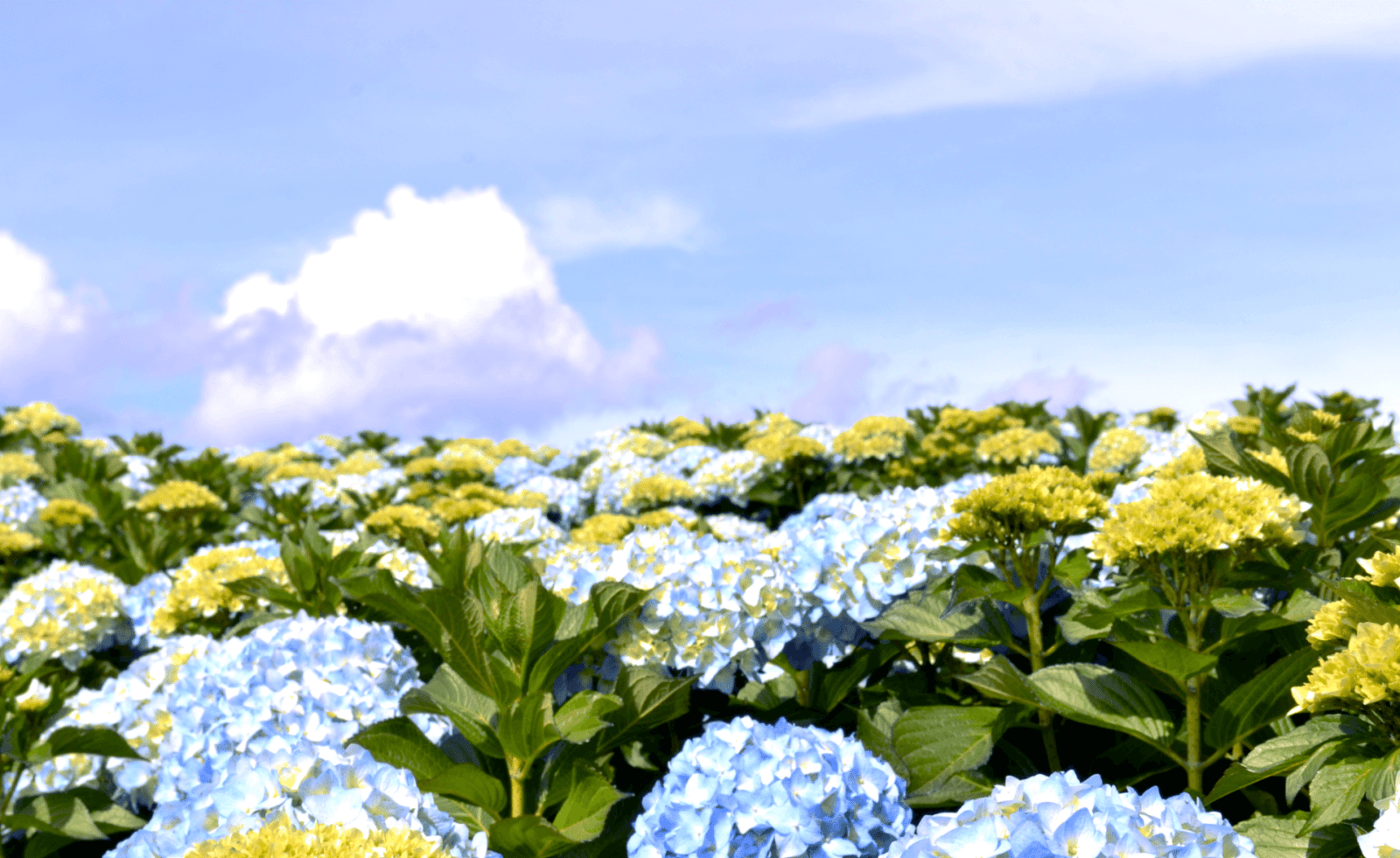 For the Floral Daily newsletter, we created this article on how FlorAndina increase production per square meter.

Hydrangea is a relatively young crop in Colombia and the cultivation hectares increased drastically over the last years. The sector has grown and developed rapidly, but to stay ahead of the competition innovation is needed. FlorAndina is one of the first Colombian companies that began growing and exporting hydrangeas and believes that more can be gained out of their ground. This company, which has 34 farms which all together have 60 hectares of hydrangeas cultivation, started to develop its own varieties four years ago and is currently developing a new system of cultivation to increase the production per square meter.

Growing hydrangeas in Colombia often goes hand in hand with wasting a lot of space”, says Andres Escobar, FlorAndina’s International Sales & Marketing Manager. So, in order to stay competitive, optimizing the way of growing hydrangeas was necessary. Therefore, Pablo Hernadez, who founded the company in 1999, decided to search for a different way of growing these flowers, to obtain a higher production per square meter. “FlorAndina has found under an internal investigation of how our way to grow hydrangeas can be optimized using a bigger number of plants per square meter and a different system of cultivation. This new system is based on drip irrigation, increased planting density, and to turn our cultivation from multiple stems per plant in single stem cultivation. We are eager to implement this new way of growing in our farms and is expected to increase our productivity by around 50%. This, in turn, means that we will have lower costs, increased margins, and profitability that will allow us to have more resources to keep investing in new developments and new varieties.”

In this competitive market, it is crucial to stand out. And an important way to stand out is by offering different varieties. So, four years ago, FlorAndina launched its so-called new variety program. They develop these new varieties at their largest farm, they test the varieties they find by modifying their soils, luminosity, and some other conditions that they need to complete the cycle of cultivation.

The new variety program developed a new line of hydrangeas; the “Antique Hydrangeas”, where regular white hydrangeas are turned into antique flowers. “These antique flowers were known in the market only in Jumbo grades since this was the grade we needed to be able to start doing the aging process. However, FlorAndina developed the technique to get aging hydrangeas starting in select grades (one of the smallest commercial grades) and in this way be able to offer these new grades for different uses according to our client’s needs.”

According to Escobar, this new grade in antique hydrangeas enabled them to increase their market share in one of their main markets; the USA. “These flowers are currently used by our customers in supermarkets, bouquets, events, hotel decorations, and more, but for us, it works also as a variety that helps us move a bigger volume of our common flowers.”

The USA is now one of FlorAndina’s main markets, but they used to focus on the local market where they worked with companies that make bouquets for headquarters in the USA. They decided to change direction in 2016 and started to export to the US and other countries directly. According to Escobar, they decided to move their sales to other markets for two main reasons. “The first reason is that the bouquet maker companies started cultivating some hydrangeas and other products to use in their recipes at lower costs. Secondly, over the last four years, we have seen that hydrangea cultivations increased drastically, partly because of the devaluation of the Colombian peso against the American dollar, which created an oversupply and in turn lower prices.”

FlorAndina is not only finding ways to expand in their current markets for their own company, but it does for the entire sector as they are part of the Colombian Association of floriculture Asocioflores. “At this association, they have a special committee named Marketing Committee where they basically discuss and find opportunities for the sector to explore or to increase participation in current markets. On top of that, in Asocolflores, we are also investing in ways to let the sector grow in general and participate in different fairs worldwide where we show our products, meet new customers and make part of the Colombian movement carrying our flowers to different destinations.”

For more information or articles like this go to https://www.floraldaily.com/article/12555/Much-to-gain-for-Colombian-hydrangea-growers/